ALL CAMERA BODY WILL COME WITH BATTERY AND CHARGER.

YOU MUST KNOW BEFORE PURCHASING:

Each USED item we send out must be tested strictly,and works perfectly.

Anytime you need us,we will always be there.

YOU DESERVE THE BEST,AND WE OFFER THE BEST! 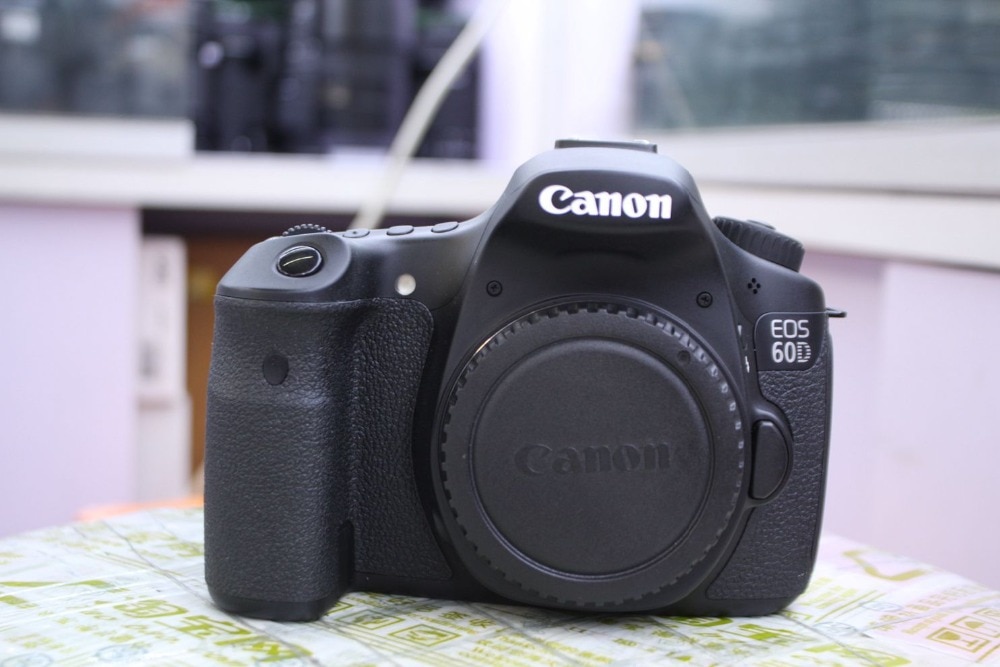 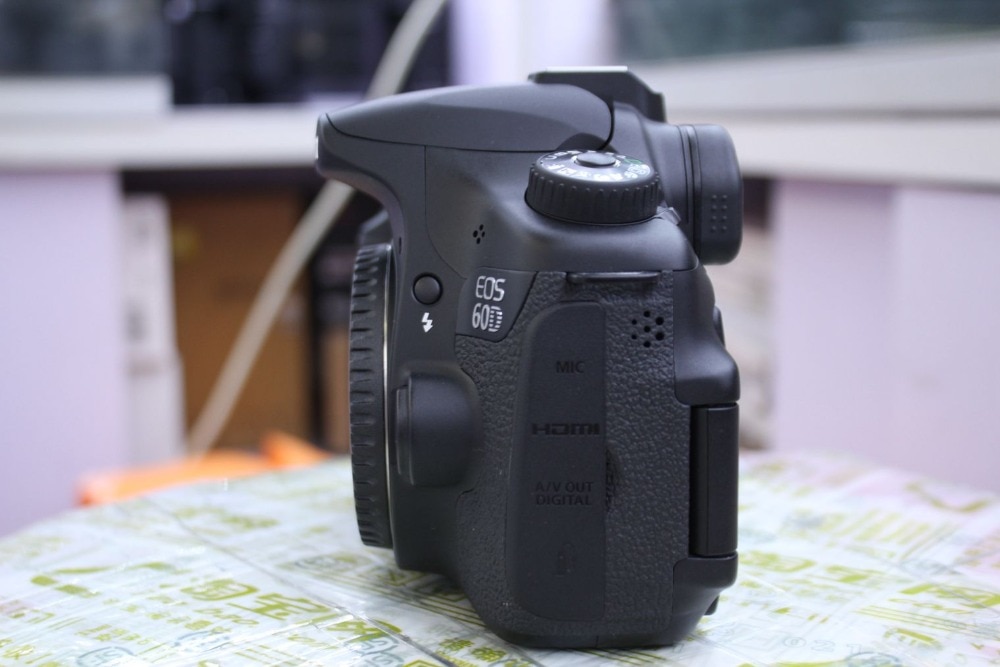 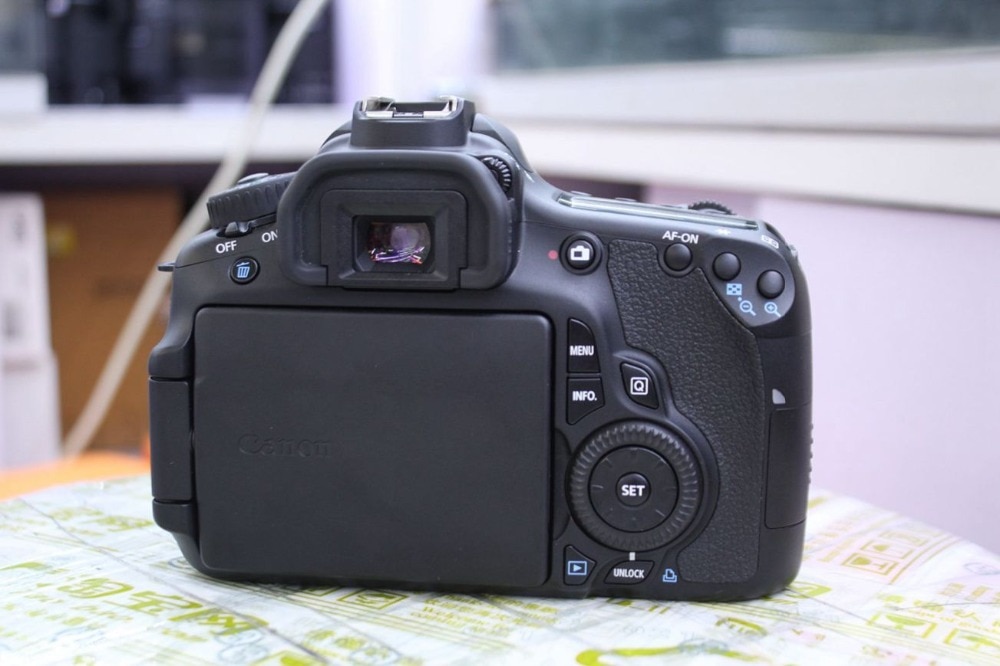 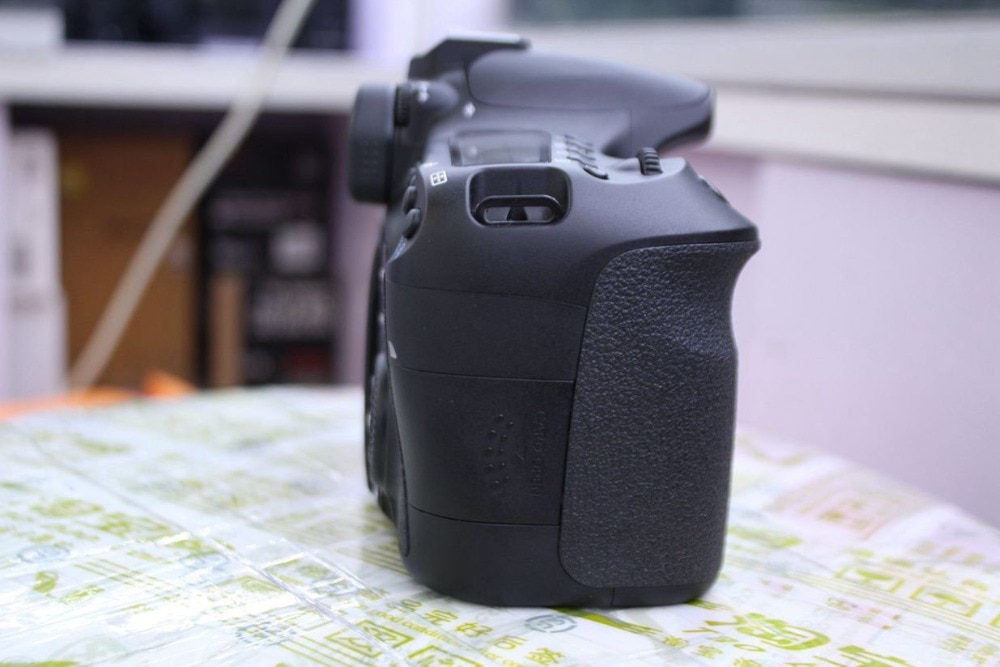 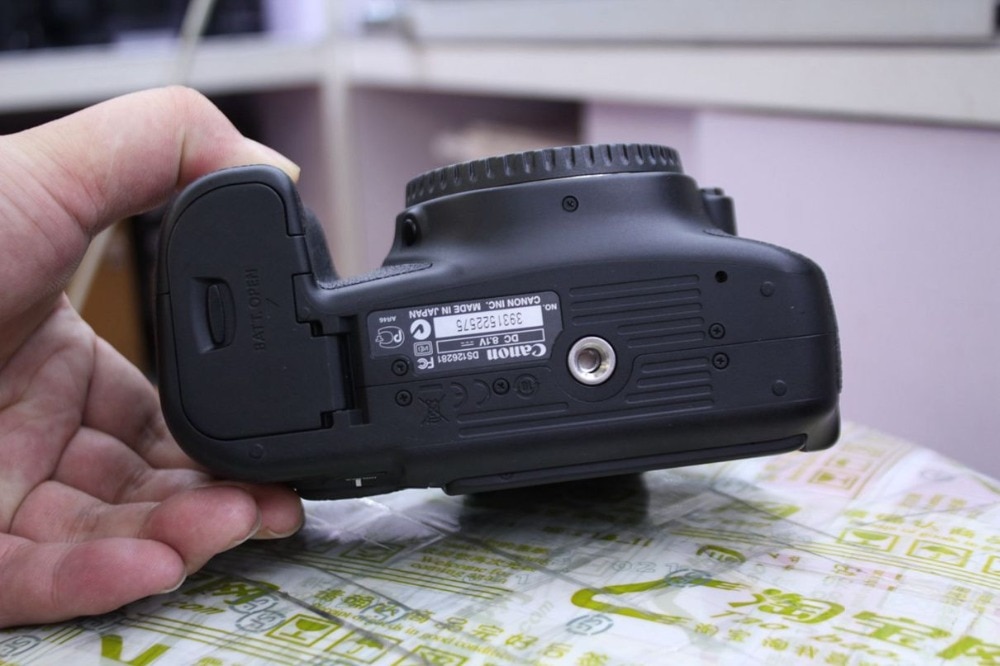 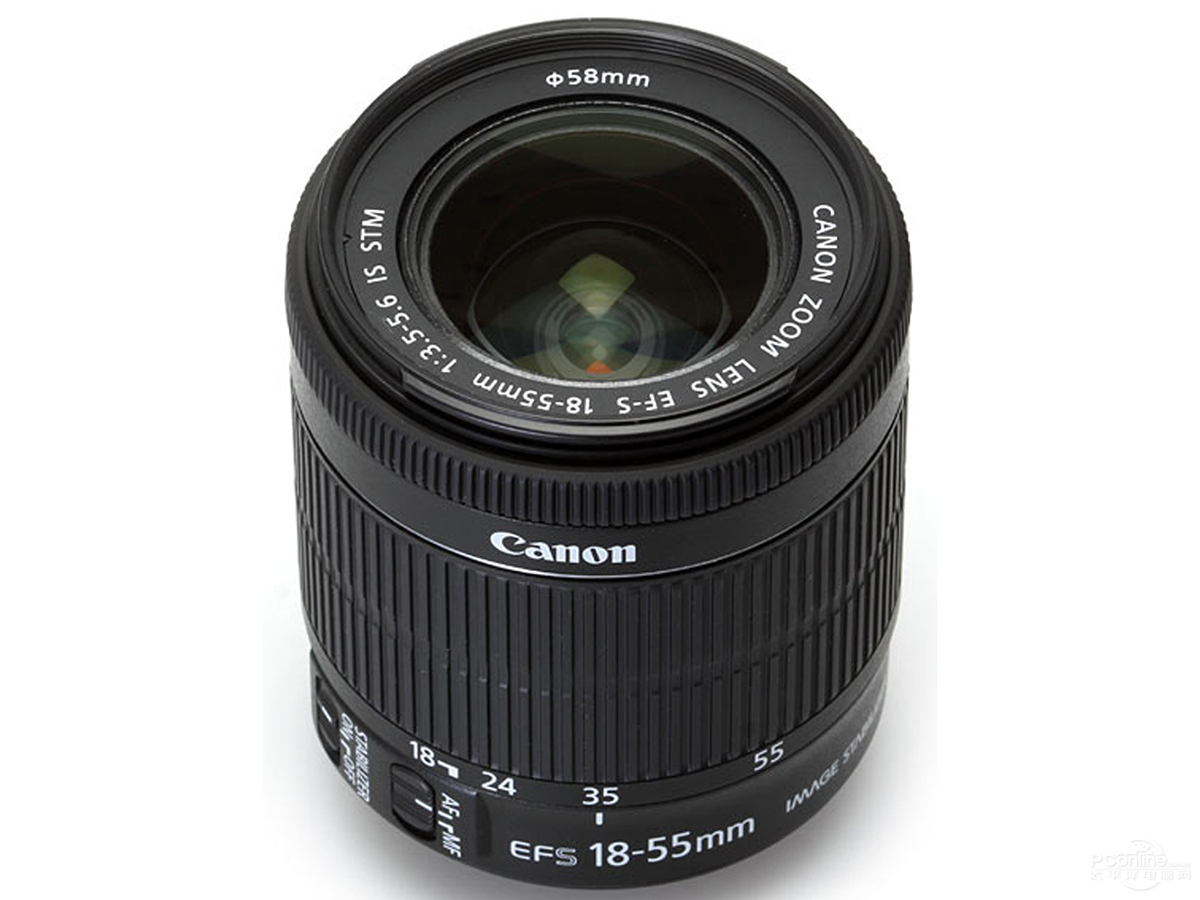 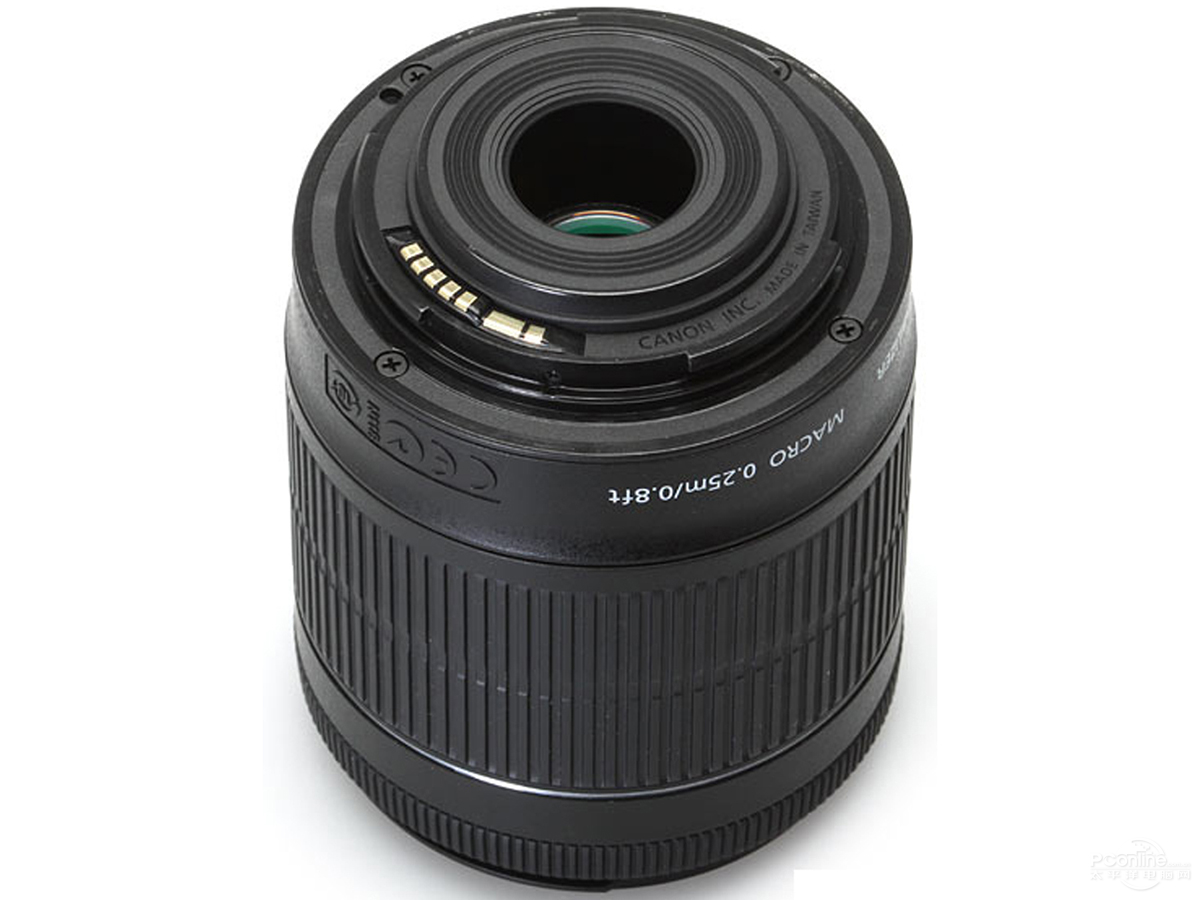 18.0-megapixel CMOS sensor and DIGIC 4 Imaging Processor
The EOS 60D features a new, Canon-designed 18.0-megapixel APS-C size CMOS sensor that captures such a high level of resolution, it's easy to crop images for enlargement without concern of losing detail. A major factor in reducing noise, the CMOS sensor assures that images shot at highest sensitivity will be remarkably smooth.

With a broad range of ISO settings, expandable up to 6400 in the Auto Setting and 12800 with Custom function, the EOS 60D enables shooting from sunrise to sunset and helps ensure capture of the finest detail. With enhanced high-sensitivity optimization, subjects can be captured clearly and easily at high shutter speeds without flash, with minimized blur and noise. In bright scenes, especially long exposures in daylight, optimal exposure can be achieved with a fully open wide-diameter lens, no dark filter needed.

Improved EOS HD Video mode with manual exposure control
Designed for the evolving, tech-savvy user, the EOS 60D features HD Video capture technologies–manual exposure control for more creative control, for example–borrowed directly from professional Canon DSLRs to capture stellar video with all the benefits of shooting with a DSLR. By shooting video with the EOS 60D, photographers as well as filmmakers can take advantage of the creative features native to DSLR cameras. Along with its manual controls, the EOS 60D allows for full use of Canon EF and EF-S lenses, including Macro and Fisheye, providing a plethora of shooting options once reserved only for still photography. The resulting HD video is a standout in its beautiful depth-of-field characteristics and remarkable capture capability under poor lighting conditions. Additionally, a Movie Crop function is included: An SD-quality video (640 x 480) can be cropped to the equivalent of about 7x magnification of regular shooting.

The audio input level can be set to Auto or Manual, up to 64 levels, and a wind filter minimizes unwanted background noise. By pressing the Quick Control button, a simple graphic user interface for adjusting image quality, white balance, image creation and other settings appears on the LCD. The EOS 60D even lets users edit video in-camera: On-site or off, unnecessary scenes can be deleted and the start/end points of video footage can be designated via in-camera editing functions without the need of a separate computer.


Video can be captured at a number of resolutions and frame rates for numerous applications. It can capture 1920 x 1080 Full HD video at frame rates of 30 (29.97 fps), 24 (23.976 fps) and 25.0 frames per second, for up to 4GB per clip. Video footage is saved as MOV files and can be viewed in Full HD through the EOS 60D DSLR's HDMI output. Other recording sizes include HD at 1280 x 720 (50/60 fps) or SD/VGA at 640 x 480 (50/60 fps)–24/30 fps delivers cinema-like motion, while 60fps is perfect for footage being uploaded to video-sharing websites. The EOS 60D also has a built-in microphone for simple mono recording and stereo sound can be recorded through a self-powered external microphone.

Vari-angle 3.0-inch Clear View LCD monitor
A first for any EOS, the EOS 60D features a bright, high resolution, flip-out Vari-angle 3.0-inch Clear View LCD monitor for shooting at a variety of angles. By easily switching between low and high angles, the EOS 60D freely enables angle adjustments even if the camera is mounted on a tripod or has a battery grip attached.

5.3fps continuous shooting up to approx. 58 Large/JPEGs and 16 RAW
The EOS 60D operates with such effortless speed that operation is nothing short of intuitive. With a 0.1 second start-up time, speedy autofocus and minimal shutter lag, the EOS 60D is made to capture even rapidly-occurring scenes with stunning precision. Able to shoot up to 5.3 frames per second (fps), capturing a maximum burst of approximately 58 Large/JPEGs and 16 RAW, the EOS 60D DSLR lets you catch even the briefest of moments, whether it's a faced-paced soccer game or the flicker of a candle flame.


96% viewfinder coverage allowing you to see more of your image in the viewfinder
The EOS 60D features a phenomenally redesigned viewfinder that not only offers an improved 96% coverage, 0.95x magnification, a 27.0° angle of view and user-controlled dioptric adjustment, it also features a newly designed transparent LCD display that enables a number of viewfinder displays. A six-level battery check indicator has been added on the left, and the exposure level indicator scale has been expanded to up to three stops, with arrows indicating greater exposure levels.

The EOS 60D also features an advanced horizontal Electronic Level, that, when activated, is superimposed on the LCD monitor to aid in achieving evenly leveled shots by indicating the horizontal tilt up to approximately 9° in 1° increments.

Enhanced iFCL 63-zone, Dual-layer metering system; and 9-point AF system
The EOS 60D features a sophisticated, 63-zone Dual-layer sensor designed to complement the 9-point AF system. By taking into account the color and luminosity surrounding chosen AF points, this system delivers an advanced level of accuracy for better results even in difficult lighting situations. Since the metering sensor has a color measurement function, exposure errors and focus errors caused by different light sources are minimized; the EOS 60D gives stable exposure from shot to shot in situations where light changes, such as in a theater or concert hall. This makes the EOS 60D ideal for scenes with extreme difference in brightness such as brightly lit scenes or backlit scenes; the camera balances exposure of the main subject at the background, and exposures are not overly influenced by bright areas in the shot.

Since the EOS 60D provides high-speed X-sync (“X-sync” means the fastest shutter speed that can synchronize with a flash burst at the moment the shutter is fully released) up to 1/250 sec., the range of photographic expression is dramatically increased, allowing the EOS 60D to be used with confidence in bright scenes or dim.

Convert RAW images into JPEGs in-camera and set the images to a 3:2 aspect ratio
The EOS 60D marks a highpoint in convenience for the photographer by being able to shoot an image as a RAW file and then process it entirely in-camera to produce a separate JPEG file without the need of an outside computer. The EOS 60D gives you 10 process variables–brightness adjustment, white balance, Picture Style, Auto Lighting Optimizer, noise reduction, JPEG image-recording quality, color space, lens peripheral illumination correction, distortion correction and chromatic aberrations correction–to create the image you envision, set to the 3:2 aspect ratio used in 35mm film.

Additionally, once you capture an image with the EOS 60D, you can digitally manipulate it in-camera with a number of creative filters for artistic and dramatic effect. Options include Soft Focus Effect to convey dreamy tableaus; Grainy Black-and-White Effect for a gritty, hard-bitten look; Toy Camera Effect–the deliberate vignetting and color shift technique popular in art photography–and Miniature Effect, which blurs the top and bottom edges of the image to emphasize perspective and conveys a miniaturized look of the scene.


The EOS 60D is compatible with all Canon lenses in the EF and EF-S lineup, ranging from ultra-wide angle to super telephoto lenses. Canon lenses employ advanced optical expertise and micron-precision engineering to deliver unprecedented performance in all facets of the photographic process. Special optical technologies, such as aspherical, ultra-low dispersion, or fluorite elements are featured in the universally acclaimed L-series lenses. And Canon's Optical Image Stabilizer technology is featured in select lenses to minimize the effect of camera shake. Additionally, photographers can use for video the same lenses they do for still photography; Canon wide-angle, macro, super-telephoto, tilt-shift and fisheye lenses provide a wealth of focal lengths, depth-of-field and other creative shooting options once reserved for stills. Through Canon lenses, photographers can truly maximize the quality and liberating performance of the EOS 60D.

There are no reviews yet.